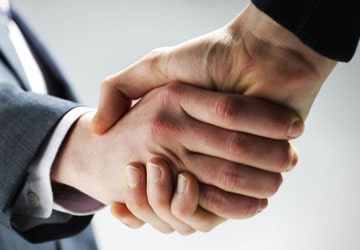 "A small law firm with a big heart " is the motto attorney Tina Sypek D'Amato bears in mind when advocating on her clients' behalf. She controls her case load in order to make sure each client gets the personal attention they need, making appointments on the spot and returning calls within minutes or hours.

Contact the Law Office of Tina Sypek D'Amato, LLC in Bridgeport, Connecticut, by phone or email to schedule a free initial consultation.

"I take a personal interest in my clients," says criminal defense lawyer Tina Sypek D'Amato of Bridgeport. "My experience in the Public Defender's Office helps me negotiate for my clients fairly without taking unfair settlements while simultaneously counseling my clients so that they can learn from their mistakes."

Recently, Tina was successful in getting two indictments in Federal Court dismissed on behalf of her client. This was accomplished by spending a good amount of time discussing the case with her client, reading the discovery given to her by the U.S. Attorney, using the "willful blindness" defense in combination with a polygraph and utilizing diligent communication with the U.S. Attorney.

In another case, where a sixteen year-old client was charged with raping an eight year old child, Tina was not only successful in negotiating a plea bargain which would entail pleading to a risk of injury without the sexual component; thereby eliminating the need to register as a sex offender, but she was also able to get the plea to be taken under the Youthful Offender Statute so that when the Defendant turned 21 years of age, his record would be erased!

In another case involving the charges of interstate transportation with intent to sell over 50 lbs of marijuana, Tina was successful in getting her client an eighteen month sentence with probation and the co-defendant, his long term girlfriend, was given AR, Accelerated Rehabilitation, a program which allows for the complete erasure of her record if she successfully completes the program.

In another case involving a charge of Larceny in the First Degree, Tina was able to get her client Accelerated Rehabilitation with the provision that her client pay restitution in the amount stolen within the bounds of the two year program.

In another case where a man was charged with possession of narcotics with intent to sell, possession of narcotics within 1,500 feet of a school zone, and two counts of assault on a police officer Tina was able to get her client the Community Service Labor Program to dispose of the drug charges and her client pled to two counts of Interfering with a police officer; a misdemeanor.

In another case where a serial rapist was charged with yet another rape, and his DNA was present, Attorney D'Amato was successful in negotiating a plea where the defendant pled to third degree sexual assault, with a 2 year cap and the understanding that sentencing would be postponed until the Defendant finished school, and if he successfully completed school without getting into further problems, he would get one year.

In another case involving charges of reckless driving, possession of a gun in a motor vehicle, possession of a firearm without a permit and DUI, The Law office of Tina Sypek D'Amato was able to negotiate the use of 2 programs, Alcohol Education Program and Accelerated Rehabilitation in order to save this first time offender from conviction and mandatory deportation.

In a case where the client was charged with raping a 15 year-old client and forcing her to have sex and perform sexual favors for others, Tina was able to negotiate a plea which involved a conviction for non-sex related risk of injury and then worked with the Parole Board to make sure he was eligible for release at 50%.

In a case where a client was charged with driving under suspension where his license had been suspended due to a DUI, and he was facing 30 days mandatory minimum, Tina was successful in getting the charges dismissed.

Contact the Law Office of Tina Sypek D'Amato, LLC, in Bridgeport to schedule a free initial consultation regarding any criminal defense needs.