The strategies of criminal defense practiced by the Law Office of Tina Sypek D'Amato are time-tested and have helped many of our clients get their lives back on track. Just because you have been charged or arrested for a crime does not mean that you are powerless. An experienced, knowledgeable criminal defense attorney can make all the difference.

To schedule a free initial consultation regarding any criminal law matter such as those listed below, contact the Law Office of Tina Sypek D'Amato in Hartford, Danielson, Manchester, Rockville, New Britain, and Norwich, Connecticut. 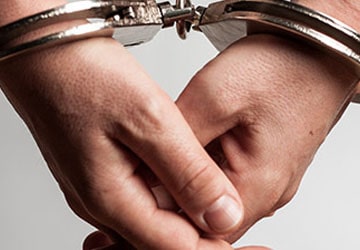 Lawyer Tina Sypek D'Amato strives to ensure that each client's case receives the most successful outcome attainable. The possible results of your criminal defense case may be as follows:

A. Programs to Avoid Conviction on Record

Generally speaking, in Connecticut, first time offenders have an opportunity to escape a criminal conviction if the crime they are charged with is not considered serious, and they are capable of finishing a program and its requirements without further arrests. Additionally, they must not have used a similar program in another state. Some examples of these programs include: The Drug Education Program, The Community Service Labor Program, Family Violence Program, Alcohol Education Program, and The Accelerated Rehabilitation Program. Some of these programs are offered automatically and some require the assistance of an attorney to secure your enrollment This will depend on the nature of the charge and the program you apply for.

B. Other Favorable Dispositions

For other persons who do have a record, dispositions of "no contest", which may require some community service or donation to charity are the best. However, for some, a plea agreement may be in store. If so, it is imperative that you have a criminal defense attorney who knows the facts of the case, the evidence the state has against you and the possible maximum penalties if you are convicted of each charge.

If your criminal defense lawyer is unable to get you involved with one of the state's programs, then you may want to consider a plea agreement. Most of the time, when there are no good legal arguments, a good plea agreement can only be reached if the opposing parties can agree upon a disposition.

In some instances, there will be collateral consequences to your plea which you should be aware of. For instance: immigration consequences, changes in Social Security or state aid, changes in your eligibility to live in certain households and to get state or federal aid, and inability to get certain licenses or permits, or even to vote. A criminal conviction can also make it almost impossible to get employment from many places.

In Connecticut, there are several programs available that avoid a criminal record. Tina Sypek D'Amato is an experienced lawyer and familiar with all of the nuances of each program. As a bonus, if you are not a citizen of the United States, depending on your immigration status, there may be collateral consequences to an arrest, conviction and even the use a program. Tina Sypek D'Amato is a very knowledgeable lawyer and can advise you of those collateral consequences and how to deal with immigration in the future. If you are looking to avoid a criminal record, Tina Sypek D'Amato is one of the best lawyers to handle your case to be sure you get a program, if you are eligible.

Tina Sypek D'Amato allows payment plans in some situations, and her retainer fees are very reasonable. Most lawyers charge a flat fee for a certain type of case that includes a trial fee. Tina Sypek D'Amato bases fees on the facts of the case, the person involved, the amount of work anticipated and the likelihood of trial and / or willingness to take a plea, so her fees are reasonable, affordable and inexpensive for most.

Learn as much as you can about how to achieve the best attainable outcome in your Connecticut sex crime or gun charge arrest. Contact an experienced criminal defense lawyer at the Law Office of Tina Sypek D'Amato.