Following is some useful legal information regarding state and federal charges in Connecticut. Contact the law firm to schedule a conversation with Tina about your drug charges, sex offense investigation, gun case, assault arrest, or juvenile criminal record.

To schedule a free initial consultation regarding juvenile delinquency or a serious juvenile crime case in Connecticut, contact the Law Office of Tina Sypek D'Amato. 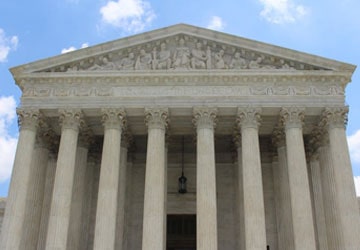 Federal crimes are charged by grand jury indictment. The ones Tina is most experienced with are federal gun charges and federal drug conspiracies. In each of these there are guidelines to calculate a sentence. Generally speaking, based on the offense itself, you begin with a base line offense level. However, your base line may be aggravated by certain factors, such as, in a gun case, whether your gun was used in a crime, or if your record consists of a conviction which is considered a “crime of violence.” In a drug conspiracy, your base level will be determined by the amount of drugs you are responsible for. In many cases, you will be charged with the responsibility of all drugs sold and distributed by the members of the conspiracy. It is your attorney’s job, if possible, to show that you were responsible for less.

From there, you may receive adjustments upward for aggravating circumstances such as, if you were the leader in a conspiracy, or the gun had an obliterated serial number; and adjustments downward for prompt acceptance of responsibility, prompt notification of intention to plead guilty, minor role, and minimal role, etc.

Then one looks to your criminal history to determine what category you belong in. The longer the record, the more points you receive. In sum, you are punished again for the crimes you committed in the past. Of extreme importance is whether you were indicted for an offense you committed while on any state or federal “supervised release.” Points are accumulated for these factors as well.

If there is a mandatory minimum sentence, the judge cannot give you a sentence below that minimum unless you are given a departure. Most commonly, departures are given to those persons who cooperate with the government. As of this year, judges can consider cooperation for purposes of departures without the prompting of a 5K1 Motion by the United State Attorney.

U.S. Attorneys also can use your juvenile record and youthful offender convictions in order to aggravate a sentence, and in some cases, where a mandatory minimum is concerned, double the mandatory minimum.

If you have unresolved charges on the state level, once you are sentenced in federal court, it is imperative that you fill out the Interstate Agreement on Detainers. This will help you to resolve your charges quickly, within a short period of time, or the state will be required to dismiss them. This is applicable to all charges except a Violation of Probation. In that case, you should try to get served while your federal charges case is pending, or be prepared for a detainer when you finish your federal sentence.