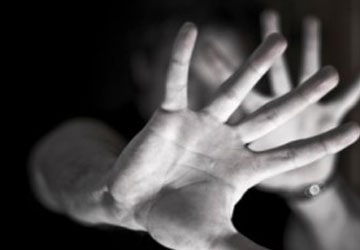 Road rage, bar fights, domestic violence, and assault on a police officer in the context of a stop or arrest are common scenarios in which anger leads to violence and criminal charges of assault and battery. If you have been charged with spousal abuse or any other variety of assault and battery in Connecticut, contact the Law Office of Tina Sypek D'Amato

Clients who tell Tina the truth give her the tools necessary to advocate vigorously on their behalf after an assault and battery charge. Often, charges of assault on a police officer result from battery by the police, which escalates due to natural self-defense instincts. Assertions that the person being arrested interfered with an arrest may be used to justify the upgrading of a misdemeanor charge to a felony case.

Tina is a criminal defense lawyer with the knowledge, the experience, and the passion necessary to provide a vigorous defense of someone charged with assault and battery involving a police officer, a spouse, a boyfriend or girlfriend, or a stranger at a bar.

In many cases, a charge of domestic violence should have been charged as a simple breach of the peace. A charge of assault on a police officer may have begun with a police stop that was a clear case of racial discrimination.

"I take a personal interest in my clients," says Tina. "My experience in the Public Defender's Office helps me negotiate for my clients fairly without taking unfair settlements while simultaneously counseling my clients so that they can learn from their mistakes."

Tina demonstrates genuine compassion for people who have become entangled in charges of domestic violence, assault on a police officer, or any variety of assault and battery. She is determined to provide clients with all the protection the Constitution extends to accused citizens. "Innocent until proven guilty" is a fundamental principle of our criminal law and Tina will make sure it works for you.

Tina is often successful in negotiating diversionary programs such as anger management programs in lieu of prison time, or even conviction.

Contact the Law Office of Tina Sypek D'Amato in Bridgeport, Connecticut, after an arrest for assault and battery, domestic violence, or assault on a police officer to schedule a free initial consultation.